Ona is the brand name of The Argentine Trading Company Ltd which was established in London in the year 2000 as an importer of Argentine equestrian equipment.

The trading company began operating from a small depot in Camden Town, London. Soon enough we were overwhelmed by the scale of the equestrian market place so decided to focus on what Argentina is most formidable at on horseback. In 2002, Ona was born and we became a specialist supplier of polo equipment.

Necessity is the source of invention and innovation and it was not long until the idea of developing a polo specific glove became an immediate objective. It was clear from the outset that Ona would provide technical solutions, with intelligent design, assembling the products by combining the highest performing materials for the intended use. Ona products would blend design, functionality, performance and craftsmanship. This became the soul of Ona.

We began working directly with elite polo athletes, manufacturers, material suppliers and technologists and used their input to create solutions that would benefit all players.

The following Argentine season we achieved what would be first landmark of many to come, Indios Chapaleufu II winning the 111th Argentine Open in Ona Polo Dura Grip Gloves. That same year, our first strap line was incorporated on our packaging: Ona Polo Gloves, The Choice of Professional Players. Three additional styles of gloves later, we are proudly endorsed by thousands of polo players world-wide who have made Ona the number 1 brand in polo gloves.

Today we continue our mission with the same enthusiasm and commitment to design, quality and performance, bringing new products, elevating standards and setting benchmarks in the development of polo equipment.

This site uses cookies. By continuing to browse the site, you are agreeing to our use of cookies.

We may request cookies to be set on your device. We use cookies to let us know when you visit our websites, how you interact with us, to enrich your user experience, and to customize your relationship with our website.

Click on the different category headings to find out more. You can also change some of your preferences. Note that blocking some types of cookies may impact your experience on our websites and the services we are able to offer.

These cookies are strictly necessary to provide you with services available through our website and to use some of its features.

Because these cookies are strictly necessary to deliver the website, refuseing them will have impact how our site functions. You always can block or delete cookies by changing your browser settings and force blocking all cookies on this website. But this will always prompt you to accept/refuse cookies when revisiting our site.

We fully respect if you want to refuse cookies but to avoid asking you again and again kindly allow us to store a cookie for that. You are free to opt out any time or opt in for other cookies to get a better experience. If you refuse cookies we will remove all set cookies in our domain.

We provide you with a list of stored cookies on your computer in our domain so you can check what we stored. Due to security reasons we are not able to show or modify cookies from other domains. You can check these in your browser security settings.

These cookies collect information that is used either in aggregate form to help us understand how our website is being used or how effective our marketing campaigns are, or to help us customize our website and application for you in order to enhance your experience.

If you do not want that we track your visist to our site you can disable tracking in your browser here:

We also use different external services like Google Webfonts, Google Maps, and external Video providers. Since these providers may collect personal data like your IP address we allow you to block them here. Please be aware that this might heavily reduce the functionality and appearance of our site. Changes will take effect once you reload the page. 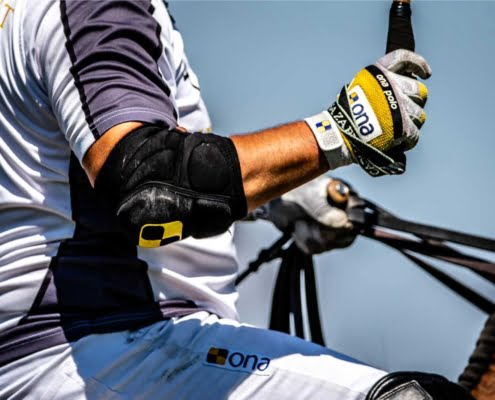 Be the first to know about our new products, exclusive offers and events.
Sign up and never miss a thing.

You can unsubscribe at any time through the link in each communication we send. We will use your data to send you personalized emails, and for analytics. Remember, you need to be at least 13 years old to sign up. For more information on how we use your personal data, please see our privacy policy.

At ONA, we care deeply about doing what we can to keep our people and communities well.

Taking care of our people is incredibly important to all of us at ONA, so effective immediately we will only offer courier services to ship goods. We appreciate it is disappointing to narrow your choices but these are exceptional circumstances.

We will monitor the situation and follow State and local rules. We will enable postal services again, hopefully soon. Please take care of yourself and your family.